RAISE THE BAR with Debi Barr It’s my pleasure to welcome you to Dance the Magic, a leader in the dance performance industry across the U.S.A. Parades! Showcases! Workshops! We’ve got it all!

Dance the Magic is a dance production company created by dancers for dancers. We know the studio challenges and we’re here to help you step-by-step all along the way.

We specialize in fun, friendly, non-competitive performance experiences at the Disney Parks. Our costumes, choreography and show quality are first class and sprinkled with just the right amount of Disney magic (or pixie dust?). Your dancers will dazzle our audiences from coast to coast in the most beautiful, professional venues.

Dance the Magic was recently honored with the prestigious Disney Partners Award for providing quality experiences, exemplary leadership and demonstrating business integrity, while embracing and promoting the magic of Disney.

We are thrilled to invite you to be a part of our extraordinary dance events at Disneyland in California or Walt Disney World in Florida. Perhaps you’d prefer dancing on Broadway with Disney Theatrical in NYC or at the Grand Ole Opry in Nashville! We challenge ourselves to keep creating new family friendly experiences for your talented dancers and their families.

We have an amazing DTM team standing by. If there is anything we can do to help you, just call or email us. It’s our pleasure to assist you in any way we can! 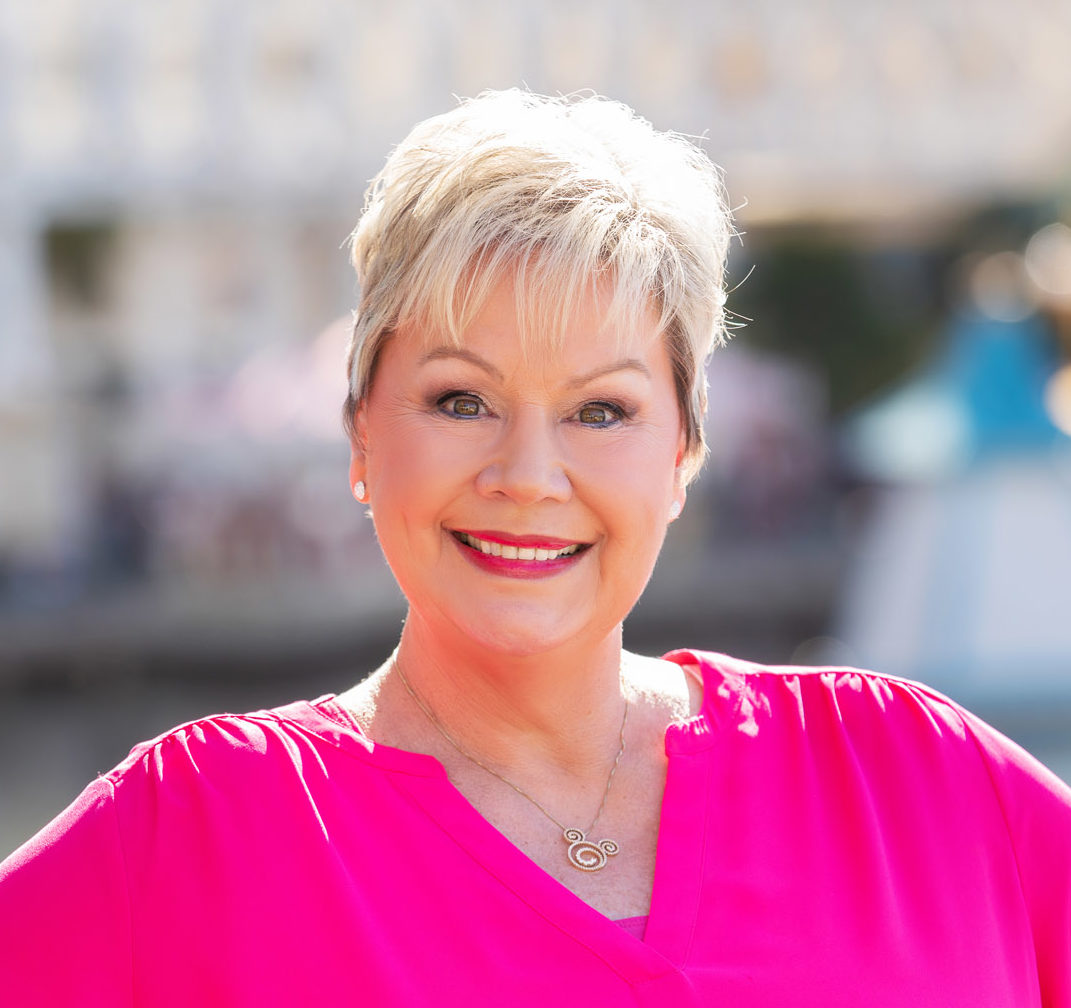 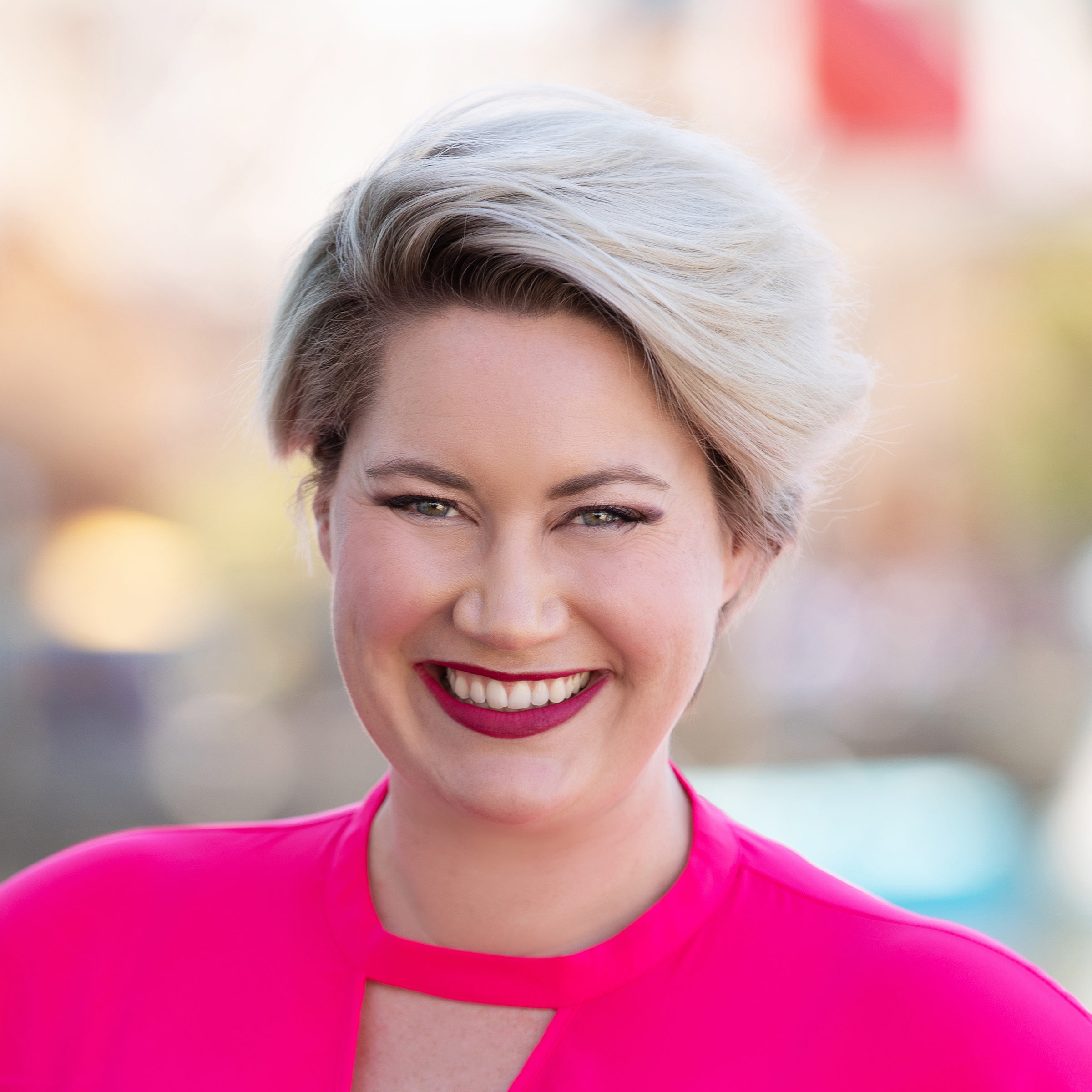 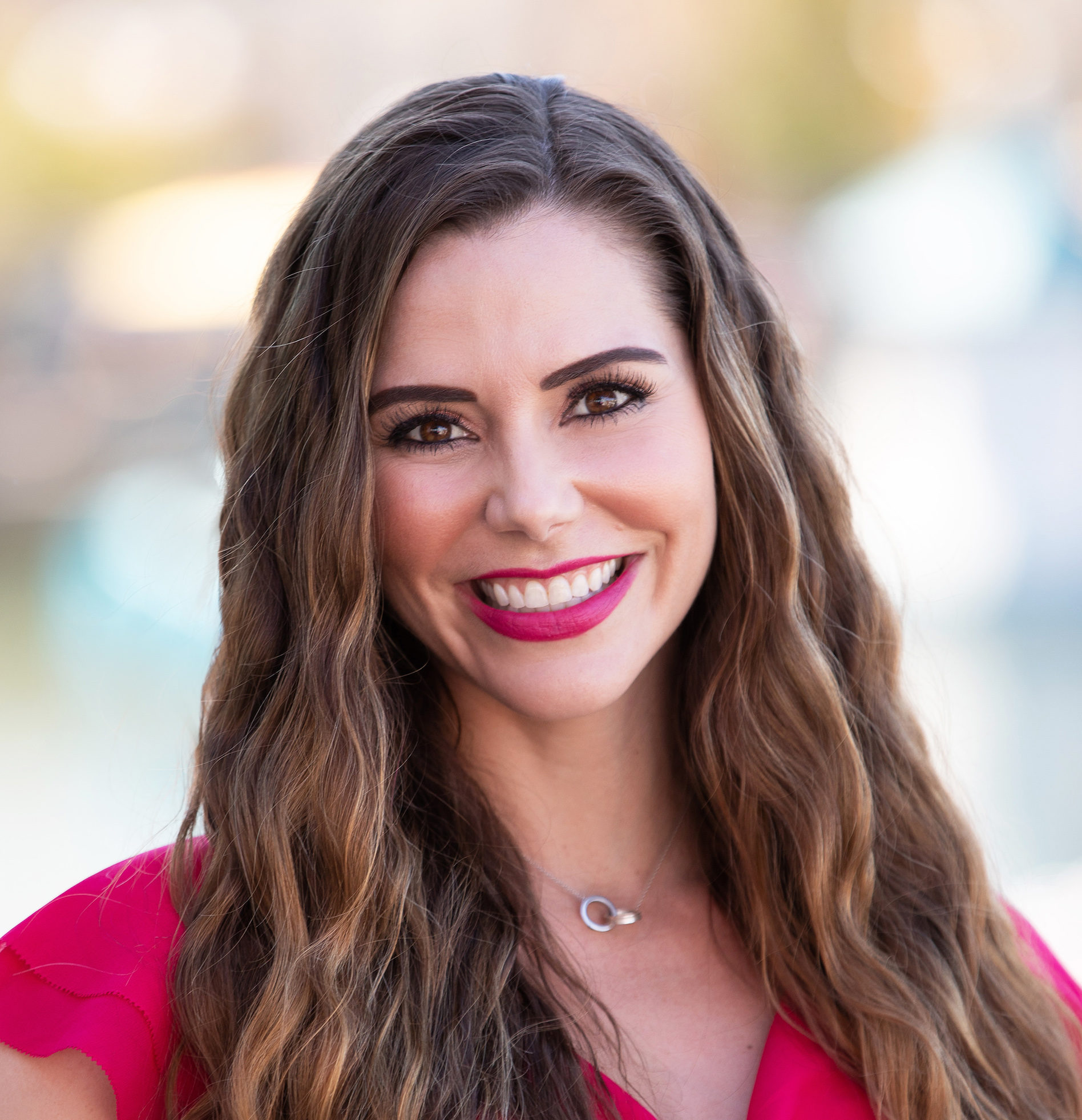 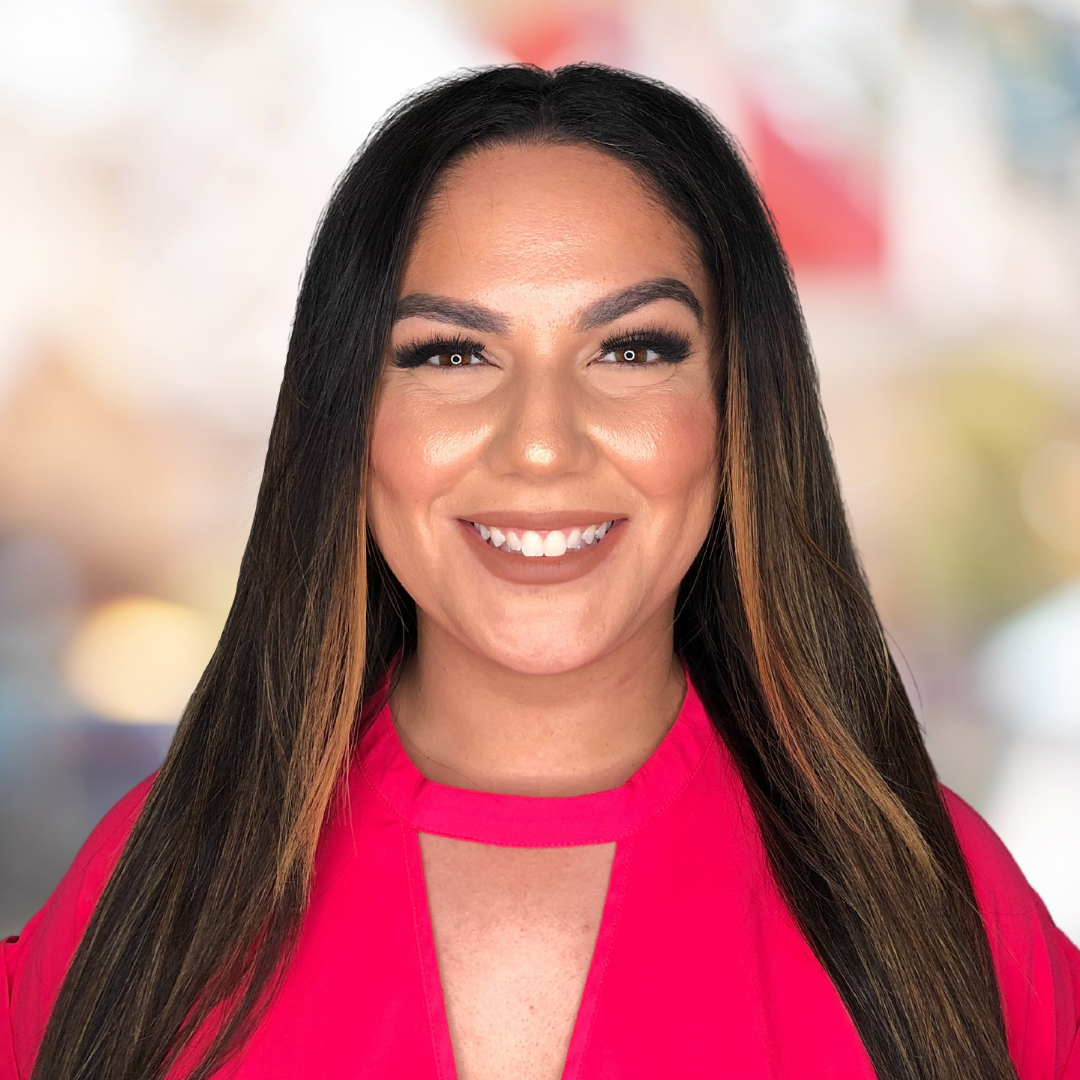 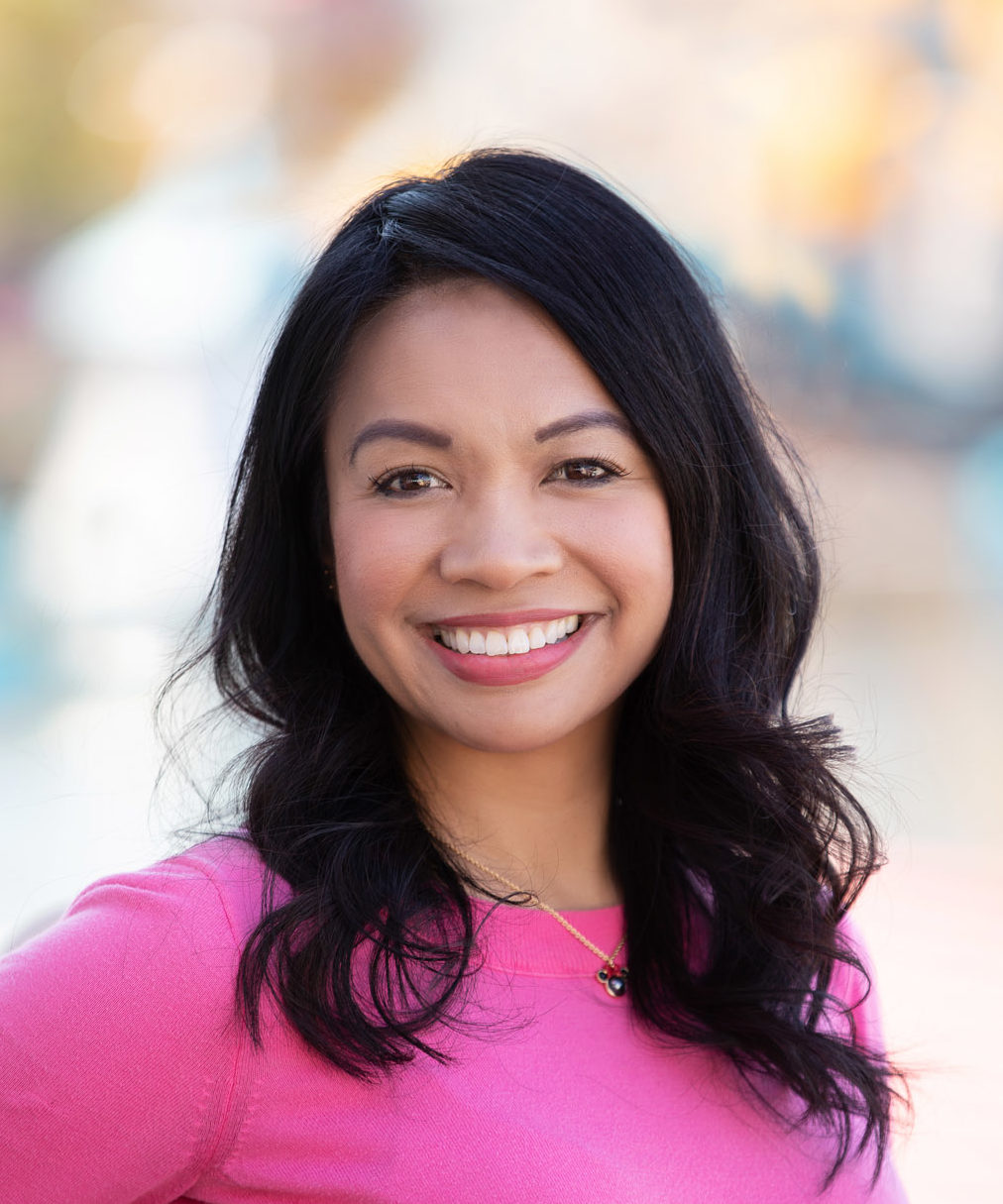 Debi Barr is the founder and Director of Dance the Magic, a premier performance company, established in 2001 and located in Huntington Beach, CA. Debi was recently honored with the prestigious Disney Partners Award for providing quality experiences, exemplary leadership and demonstrating business integrity, while embracing and promoting the magic of Disney.

She currently serves on the board of directors for UDMA – United Dance Merchants of America and is a proud member of SYTA- Student & Youth Travel Association.

Debi started her dance-twirl career at a young age in North Dakota. Being a part of an Air Force family, it was her first priority to find a new dance studio at each new location they were stationed. After her family settled in Southern California, Debi was grateful to be so close to the performing opportunities the L.A. area might bring. One of the highlights of Debi’s professional performing career was being a dance-twirler for the Los Angeles Rams.

After college, she began a 23-year successful dance and baton program in Fountain Valley, CA. While winning multiple State & National titles and creating exciting experiences for her dancers at big sports venues, she realized her heart was in the performance opportunities she could provide. They did them all. Rams, Clippers, Lakers, Chargers. They even performed at a Beach Boys concert in San Diego. Talk about fun!

Challenging herself to create something new for her students, Debi took a chance and knocked on Disney’s door. When everyone told her, there was no chance to break into a company like Disney, she persevered. It was her vision to give talented studio dancers from around the world the opportunity to dance down Main Street, U.S.A., in beautiful costumes, and be featured in a parade with a huge audience in front of thousands of Disney Park guests.

Dance the Magic is recognized as a valued Disney PremEar Partner

Debi contributes her success to surrounding herself with positive people that embody the Disney spirit, share her vision, and have a passion for helping others achieve their dreams.

However, Debi’s biggest accomplishments are her two children, Jennilee (Artistic Director for Dance the Magic) and Kristopher (PhD candidate at UCLA in Chemistry).

As the Vice President and Artistic Director of Dance the Magic, Jennilee choreographs and produces all creative elements of our Dance the Magic events including our specialized parade and productions routines.

Jennilee began working with Dance the Magic in 2005 as a seasonal event staff member, and grew into a full-time Event Coordinator and Choreographer in 2013 after she graduated from California State University, Long Beach with B.A. in Human Development.

Dance Experience: Jennilee began her dance training with the Orange County Stars as a youngster, and then transitioned to Pace All Stars as a teenager. At Pace All Stars, Jennilee won 4 World Champion Titles in Jazz & Pom Styles at the USASF Dance Worlds Competition. In college, Jennilee joined the Orange Coast College Dance Team for two years capturing a UDA National Championship.

When she’s not dancing the magic: I am a ‘Stage Dog Mom’ to my adorable pup, Chandler Bing Barr!  We go to brunch, down to the beach, and any place that is dog friendly! You can follow our adventures on her Instagram (@chandlerbingbarr).

I LOVE to see musicals with my older brother, Kris. From the LA to NYC, we try to see shows where ever we can.

Also, I am an expert Puffy Painter.

Most Memorable DTM Moment: There are so many wonderful memories… BUT my absolute favorite part of the events are rehearsals.  I love being able to work with our dancers, and to see them grow year after year!

Paula is one of our Sales Coordinators at Dance the Magic!

Dance Experience: Paula has been dancing before she could even walk! She proudly has a handful of national champion titles that she won alongside her middle school and high school competition dance team. Paula was also named a three time NCA Danz All-American Dancer! She now has been dancing at Disney for almost two decades and has also gone on national tours with MTV, Nickelodeon & PBS. Paula is also a choreographer & teaching artist for after school and winter/summer enrichment programs in the Santa Ana, Newport Beach & Irvine School Districts in California. Specializing in jazz, ballet, hip-hop, lyrical, contemporary, novelty and show production. She also educates students about the “The Science of Dance” and “The History of Dance.”

When she’s not dancing the magic: My other passion in life aside from dancing is comedy improvisation! Second City Hollywood has become my second home away from home! I’ve studied and perform there! I enjoy watching shows with my fellow improv buddy Jennilee 😉

I’m also a movie buff and have much appreciation for the art of film making. I can watch flicks all day everyday!

The beach, bowling alleys, musicals, the mall and of course Disneyland is where you can also find me if I am ever MIA!

Favorite Disney Character: It’s a toss up between the proud dancing Tiger Lily and the energetic sassy jokester Vanellope von Schweetz! Their attributes I relate to immensely 😉

Most Memorable DTM Moment: Seeing the dancers eyes light up as they perform their hearts out on Mainstreet USA is truly a magical moment! You can feel their excitement and passion for the art of dancing. Dreams do come true with Dance the Magic! Every event is memorable in its own spectacular way!

Abby has just joined the DTM team as the new Event Manager for Disneyland Events!

Dance Experience:  Abby fell in love with dance at the age of 7 and continued performing for the next 25 years! She earned a BA in Dance and Education from the University of California, Irvine and continued to perform at the Disneyland Resort in various parades and shows including Mickey’s Soundsational Parade, Fantasmic!, and A Christmas Fantasy Parade. Abby also loved dancing around the world while touring with Disney Live!,  and is very excited to see young performers begin their own journeys with DTM!

When she’s not dancing the magic: I love traveling and sharing delicious meals with family and friends!

Favorite Disney Character: I like to think I’m a little mixture of Chip n’ Dale. They are a great example of being driven & logical, and silly & fun!

Most Memorable DTM Moment: I have already loved getting to know the team, and truly can’t wait to make magical memories at the events with all of the dancers, directors, and parents!

Suzanne is the Director of Sales & Marketing at Dance the Magic! Suzanne joins us directly from New York City, where she worked closely with Dance the Magic as the Manager of Group Sales for Disney on Broadway.

Dance Experience: Suzanne began dancing at the age of 3 and studied tap, jazz and ballet, but tapping quickly grew to be a favorite. She is also an avid Theatre goer, and grew up studying Shakespeare and acting in plays and musicals throughout High School and College. Suzanne graduated from Drew University in 2011 with a B.A in Theatre Arts and Spanish.

When she’s not dancing the magic: I love to spend time with my husband and rescue dog, Katara. You can also find me catching the latest touring Broadway musical, enjoying the beach or visiting the Disney Parks (my Minnie Ears collection has grown to 20 and counting)!

Favorite Disney Character: Princess Anna from FROZEN – she is bubbly, energetic, and will do anything to help those she loves.

Most Memorable DTM Moment: Watching my very first Dance the Magic event while working for Disney on Broadway in 2012 – the energy in the theatre was infectious and watching the dancers make their Broadway debut was an unforgettable moment!

Angela is our Senior Event Manager of Walt Disney World, Nashville and Universal events and is based in Orlando.

Dance Experience:  Angela started dancing at the age of 3.  As a child she competed at the national level and performed with Disney, Sesame Street, Southern Ballet Theatre, Virginia School of the Arts, and the Moscow Ballet Theatre.

Angela went on to the University at Buffalo where she studied dance and performed in the StudioWerks Dance Ensemble and the Zodiaque Dance Company.

From there she went on to work professionally as a dancer and aerialist for Walt Disney World, Disneyland, Royal Caribbean Cruise Lines, and for the NBA team the Orlando Magic.  She has also been seen in commercials, TV specials, industrials, and more.

When she’s not dancing the magic: I love to travel and have visited 36 countries. I enjoy experiencing new cultures and trying new food.

I am also a mom to fur baby Lola and brand new baby boy, Braylon.

Favorite Disney Character: Belle because she loves books, travel, food, and dancing.  Belle never backs down from what she believes in, and has no trouble speaking her mind.

Most Memorable DTM Moment: Every event has its own special moments.  Getting to watch the dancers as they perform down Main Street USA at the Disney Parks or seeing them dance on a Broadway Stage for the first time is something that you never forget.  As a staff member you get so see these magical memories that are made for the dancers, their families, and their dance instructors.

Carly is one of our Sales Coordinators and is the newest member of the DTM Office Staff!

Dance Experience:  Carly has been dancing since the age of three! She has performed in various dance shows throughout high school and college and even performed in her high school theater production of The King and I. Carly is also a performer at Disney and has been in various parades and shows including Mickey’s Soundsational Parade, Fantasmic!, A Christmas Fantasy and more!

Favorite Disney Character: Minnie Mouse! She is sweet, sassy and fashionable and I love everything about her!

Most Memorable DTM Moment: Watching the dancers perform down Main Street, USA is always incredible, but seeing their loved ones watching them perform and seeing how proud they are of them is a memorable moment that I will always remember!